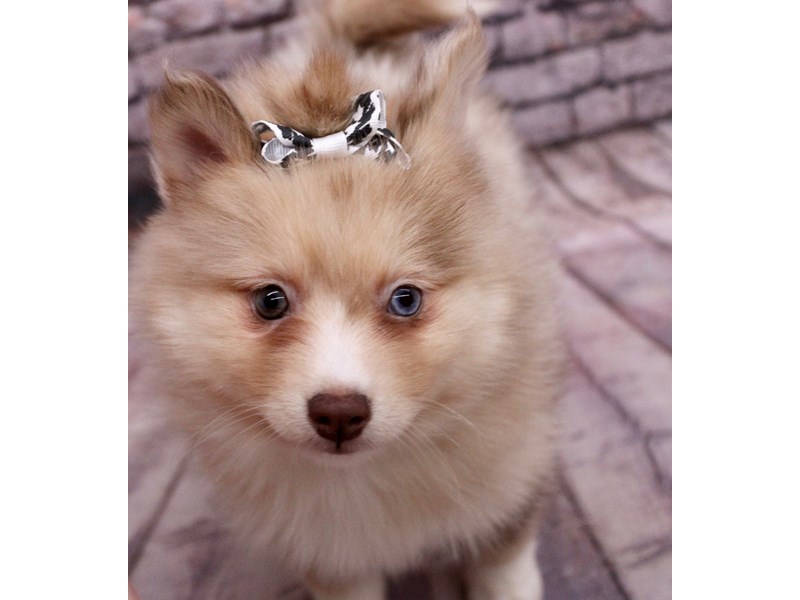 Petland Has the Best
Warranties in the Industry

Please fill out the Pet Inquiry form below. 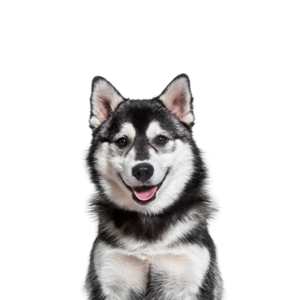 This small to medium-sized dog with a beautiful, silky and beautiful coat is one that loves to always be the center of attention. It uses its adorable looks to get what it wants. If you are on the lookout for a cute small dog with high intelligence and do not mind its high need for mental stimulation, the Pomsky is your go-to dog any day and anytime.

Petland is honored to offer the highest quality Pomsky puppies who will be an instant in your family. Discover more about our Pomsky puppies for sale below!

The Pomsky is the perfect mix between a Siberian Husky and a Pomeranian. This breed’s origination had a very unique beginning. In March of 2012, breeders Tressa Peterson and Joline Phillips were credited with developing the Pomsky by way of artificial insemination. This was accomplished by using a Pomeranian and Siberian Husky. This highly lovable dog has since grown in popularity and is enjoyed by many families around the world.

When you have two amazing parent dogs, it is no surprise that their offspring is just amazing. The Pomsky is a very mild-tempered, non-aggressive, loving, and friendly dog who enjoys being around his family and other pets. They have a very approachable demeanor and tend to bond quickly with their family. They love children and truly do make a great family pet that adapts well to conventional style homes and apartments.

Pomsky owners will need to make sure their dog’s coat is adequately cared for and maintained. This will take some work as they have thick double coats. Their coats are designed to insulate them in both hot and cold weather. The colors of their luxurious coats vary from grey and white, brown or reddish-brown, and solid white and blue. The Pomsky does shed, especially in the summer months, which makes daily brushing an important part of his care routine. One bath every three to four weeks will help keep his coat looking its best. By taking the time to keep up with his care will allow for one very handsome dog.

For their first six to eight months, Pomskies should be fed every eight hours. This is a crucial stage in their life for physical growth and mental development. Assuring your dog receives proper nutrition from quality dog food will have a long-term positive impact on him. His feeding schedule should be cut back to two feedings per day around the age of nine months. Many Pomsky owners find that a morning and evening meal for their dog, about twelve hours apart, works best. Routine teeth brushing and nail clipping will also help to ensure he is feeling his best.

Fact: Pomskies are known for their incredible ability to dig small holes in the ground when bored which is why making sure they have personal attention is wise.

Fact: The Pomsky was first bred through the means of artificial insemination.

Fact: Pomskies were first bred in 2012 and have been very popular since.