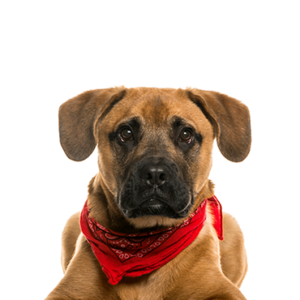 The Bogle dog breed can be classified among the designer breeds because it is a hybrid. This would mean you are in for a treat and you could tie some of their behaviors to their ancestors. They are also known to be quite playful too. Discover more about our Bogle puppies for sale below!

This dog breed is a product of the beagle and the boxer dog breeds. The beagle was originally used as hunting animals and also for tracking purposes. In 1884, they were imported into America and were subsequently kept as pets.

The boxer dog was also a designer breed whose ancestors were the Brabant bullenbeisser and the bulldog. The boxer breed was brought into America in 1900 and it was recognized by the American Kennel Club in 1904.

The Bogle dog breed is a playful and fun one. They could be lovely companions and love to be silly sometimes.

They adapt well to people and children if they are socialized at an early age however you should be sure to tell your children not to play with them when they are eating or fervently chewing at their favorite toy.

They are descendants of the boxer dog so they could be quite aggressive and rambunctious. They are quite loyal too and will stick to their owners no matter what.

The Bogle breed are big dogs and as such would be better off living in places with a lot of space else they’d be knocking things over. They would be more comfortable in a house with a yard that can afford them the space to run around.

Since they could be rambunctious, they are better off in homes with older children as they may not necessarily be able to deal with infants. They should, however, be supervised when around children. These dogs are not suitable for apartment living because they may just thrash the house before you get back.

They are jumpers too and so it would be best to keep them in a tall fenced yard lest they wander off.

It would also mean letting them play in the yard or playing fetch with them. They are very energetic and you could let them do some dog sports or training. Keep them occupied and stimulated so they are in the right shape.

The Bogle’s coat is quite thin so this means they’d need minimal grooming. Bathing them too often will strip them of their natural oils so reserve baths to when it is absolutely necessary. Brush their coats and use damp towels to wipe them down to reduce the amount of shedding.

Make regular appointments with the vet so as to keep them in good health. Brush their teeth regularly to reduce bacteria buildup and bad breath. Clean their ears and eyes too.

The unregulated breeders who are selling outside of the USDA regulations and without a license are what we consider to be “Puppy Mills.” We are committed to offering Bogle puppies who will grow up to become important members of your family. We only purchase puppies from the very best sources, and we stand behind every puppy we sell.

This dog breed is prone to obesity and this should be closely monitored. Their average life expectancy is 12 to 15 years but they are very likely to live up to the 15th year.

An average bogle has a height of about 13 to 30 inches and they weigh from 20 to 80 pounds. You could say they are big dogs.

No, they do shed. They are medium to light shredders though as their coats are relatively thin. They mostly shed during winter.

The Bogle dog breed is more likely to inherit some medical conditions from the beagle or the boxer dog breed. Beagles are more prone to obesity, cherry eye, epilepsy, allergies and boxers are prone to heart issues, hip dysplasia, epilepsy, and others. The Bogle dog may be prone to any of these.

This dog breed is a mix of the beagle and boxer dog breed. They do bark because of their boxer traits but over all they are really quiet dogs.

The Bogle dog is the appropriate family dog because they are playful and fun. They love children and definitely love the family picnics and curling up in front of the TV. They make very good companions.

Bogles are very intelligent dogs which isn’t unlike their parents. They are easy to train provided you know what you’re doing. You could start with the classic fetch game since they love to run. Be sure to keep your commands firm and simple so you don’t confuse them. House training is important too so they know how to behave.

As already stated, they are good family dogs and this means they love to cuddle up next to people. They would naturally abandon their beds for yours.

This is one of the salient features of a bogle. They take after their boxer lineage. They are very loyal pets and are likely to stick with their owners no matter what.

The Bogle dog breed is a bit rambunctious sometimes and they get this from their boxer parents. Overall, they are pretty good pets and any bad behavior can be gotten rid of by appropriate training.

This boxer beagle mix may just be your ideal companion considering their features.

Fill out the below form and we'll get back to you as soon as possible. Thanks!